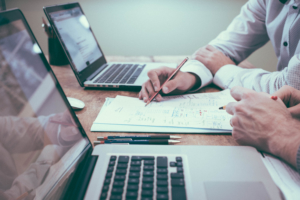 This is the final post in a three-part series discussing the calculation of lost profits in a hypothetical scenario seeking economic damages for the alleged violation of a non-competition covenant.  As noted in the prior posts, the three part series will utilize the following fact pattern.

Often, one of the final steps in determining lost profits, if any, is the calculation of saved/avoided costs.   Saved or avoided costs are those that, in order to achieve the calculated lost revenues, would have been incurred but for the intervening event/act. The AICPA practice aid for calculating lost profits identifies and describes several statistical and non-statistical methods for the identification of saved/avoided costs including the following:

It should be noted that the method utilized in the identification of saved/avoided costs is a matter of professional judgment resulting from the specific facts and circumstances of the engagement.  However, this post will focus on the identification of saved/avoided costs using the non-statistical Account Analysis method.  As noted in the AICPA practice aid for calculating lost profits “this method involves the review of the detailed general ledger or chart of accounts.  The practitioner uses judgment to assess whether costs are fixed or variable.”

As noted in the initial post of this series, The Best Animal Hospital, Inc. alleged that Bob caused losses to the business as a result of setting up his business nearby.  What follows is a hypothetical forensic accounting analysis performed by John at the request of The Best Animal Hospital, Inc.’s legal counsel regarding the alleged lost profits of the animal hospital.

As noted in the previous post, John obtained copies of The Best Animal Hospital’s internal financial statements and tax returns for the period from 2010 through 2014 and calculated a lost revenue figure of approximately $450 thousand.

To calculate lost profits, the next step performed by John was the identification of the saved/avoided costs to subtract from the calculated lost revenue.  To perform this analysis, John interviewed Jill and Jill’s practice manager, Christine, in order to understand the nature of the expenses contained in the company’s Profit & Loss Statements (“P&L”). Jill and Christine provided John with specific details regarding each of the expense categories included in the P&Ls.  Based on this understanding and professional judgment, John identified each expense category as variable or fixed in relation to revenue (i.e. variable expenses are those expenses of the animal hospital that have a variance that correlates to increases or declines in revenue).  The following variable expense categories were identified by John:

Subsequent to the identification of the variable expense categories, John analyzed The Best Animal Hospital, Inc.’s cost of sales as a percentage of revenue as well as the company’s gross profit percentage by year from 2010 through 2013, noting the following percentages:

John obtained industry gross profit percentages from several veterinary trade association annual reports and noted that The Best Animal Hospital, Inc. had experienced gross profit percentages similar to the industry standard for all of the periods prior to the opening of Bob’s Animal Hospital in 2014.  John discussed the gross profit percentages with Jill.  During the course of the interview, Jill indicated to John that in 2009 The Best Animal Hospital, Inc. had signed a sole-source product contract with a medical products and supplies distribution company.  As a result, Jill indicated that the animal hospital was able to consistently track the cost of its medical supplies and pass along to its customers any cost increases.  Subsequent to the interview with Jill, John analyzed the information provided by Jill via a review of the contract with the sole source vendor and The Best Animal Hospital’s spending by vendor.

Subsequent to the analysis of cost of sales, John analyzed the Company’s Employee Wages and Credit Card Processing Fees as a percentage of revenue by year from 2010 through 2013, noting the following percentages:

Using the calculated percentages for Cost of Sales, Employee Wages and Credit Card Processing Fees, John calculated the lost profits, if any, of The Best Animal Hospital Inc. as follows:

In conclusion, the calculation of lost profits, if any, often requires the forensic accountant to obtain an understanding of additional facts and circumstances beyond just an analysis of the financial transactions.  If you have any questions or need assistance in a complex damages matter, please contact Tyler Wright at 770-635-1701 or Karen Fortune at 770-635-1699.  Initial consultations are offered free of charge.