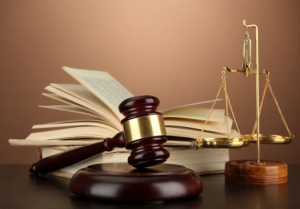 One of the landmark cases in Georgia Family Law is Halpern v. Halpern, 352 SE 2nd, 753.  The case analyzes if the increase in value in an entity was caused by market forces (passive) or marital efforts (active participation).  The answer to this question dictates the extent to which the non-owner spouse is entitled to an equitable distribution.  There are important factors beyond Halpern that need to be considered and analyzed by the financial expert which will assist legal counsel in making their argument.

Let’s next assume the business has grown significantly during the marriage. Both spouses’ attorneys agree to use one valuation expert as a neutral and agree they will accept the expert’s findings. The expert prepares a valuation report and concludes that the business is currently worth $5,000,000.

Husband’s attorney argues that there is a significant separate property interest in the business because of the manner in which his client started the business or the way he acquired it. Wife’s attorney acknowledges a large separate property interest, but argues that most of the growth occurred during the course of the marriage and wife is entitled to her equitable share of the increase in value.

Husband’s attorney informs the expert that if the owner of the business never worked in the company, had absolutely nothing or little to do with the company’s growth, and continued to hold the investment in a separate account, the growth was the result of “market forces” and there is very little, if anything, to equitably divide. Wife’s attorney informs the expert that if the husband was the “rain maker” for this company, and the growth in the business was the direct result of his efforts during the marriage, there is a significant value to be equitably distributed to wife. See Halpern v. Halpern, 352 SE 2nd, 753.

What if our facts are somewhere in the middle?

Business owner worked in the business

Business owner worked in the business, but was one of several individuals who created the increase in growth*

Business owner worked in the business, maintained an administrative position, and was paid a reasonable salary*

Business owner worked in the business, held a sales position, brought in some new clients, but was clearly not “The Rainmaker”

Courts in various states look for an easy solution. Decker v. Decker, 435 S.E. 2nd 407, where a Virginia court found that “20% of appreciation was attributable to Mr. Decker…He was one of five key executives, but the ‘first among equals’. Herron v. Herron, 2004 Ohio 5765-Ohio, Court of Appeals, 3rd Appellate Dist. 2004, where an Ohio Appellate Court defined “passive income as income acquired other than as a result of labor, monetary, or in-kind contribution of either spouse…there was extensive testimony that Ms. Herron was one of four key executives running the company, that the complexity of her position increased as the company grew,  her participation allowed her brothers to focus on their areas…Ms. Herron personally contributed to 25% of the overall growth of the company.”  Finally, see Ellis v. Ellis, 235 AD 2d 1002 where the New York Appellate Division found that “since Mr. Ellis personally generated 20% of total sales, 20% of the total appreciation of his stock constituted marital property.”

The  analysis of the financial statements through common ratio analysis and financial ratios is indicative of the financial health of an entity, just as  the analysis of blood pressure readings, cholesterol amounts, and body temperature, and the changes since the prior exam are indicative of the health of a human being. The financial expert will be able to provide the family attorney with mathematical evidence needed to support their argument for market forces (passive) v. efforts of the parties (active) under Halpern.